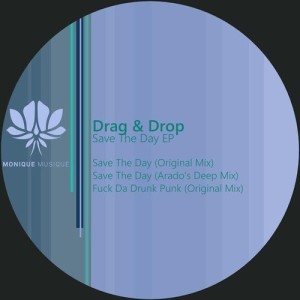 „In a world where everything has already been invented, there will always need to create something new“.
DRAG & DROP is a duo of dj producer from Frankfurt, founded in 2012 at the same time of their own label konzept musique. They come from 2 different musical conceptions but by working together they’ve found the right key to be original while creating a genre established as the various forms of electronic music. Especially in their mix among tech house and dubstep that they like to call „techstep“, dirty grooves mixed with the tipical wobble synth of dubstep. After they played in clubs of global importance such as Cocoon Club and reviewed by magazine such as DJmag, the DRAG & DROP project start to being part of the „whatiplay“ family ,  the renowed Sascha Breamer’s label from Berlin, having released their EP „PONGO“ played by the Katermukke’s djs, and getting nearly 20,000 plays in the official podcast and played on sceen.fm during the „whatiplay“ radio-showcase. They were released on 2 other very renowed labels such as Draft with „Til Death Do Us Part EP“ and Monique Musique with „Save The Day EP“ includes remix by Arado from Desolat.