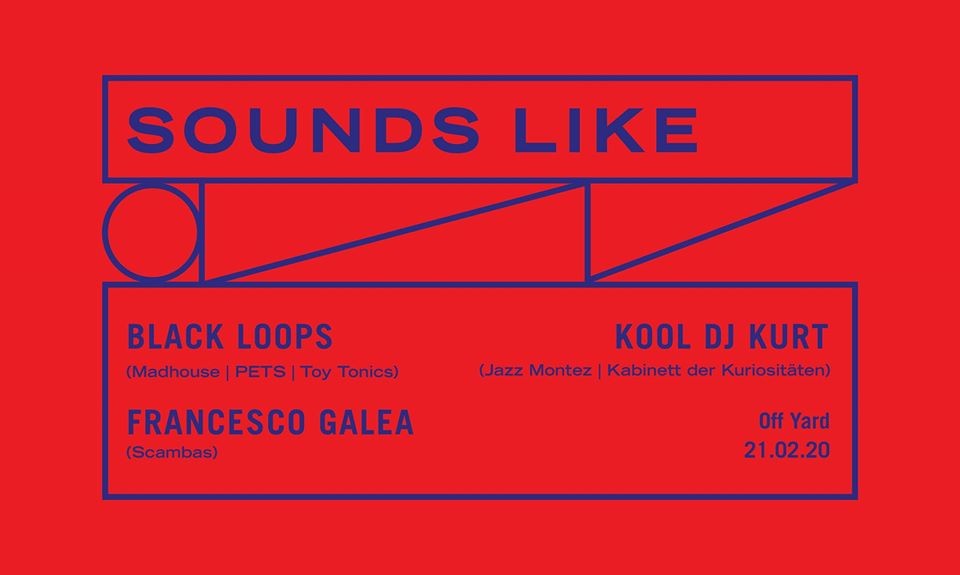 For the first Sounds Like in the new decade we invited Black Loops.

Berlin based Riccardo Paffetti aka Black Loops has built himself a solid reputation as one of House music’s most creative and progressive producers. Recognizing his momentum and high-quality releases, Traxsource named Black Loops #1 Deep House Artist of 2017.

Support comes from Kool DJ Kurt. At the last Sounds Like party he knew how to catch the crowd with his Disco/ House set so that he left us no other choice than inviting him again.

Also our resident Francesco will be back from Berlin, ready for some dirty closing action.